The very talented Kathryn Biel has just released her latest book, Jump, Jive, and Wail! Prepare yourself for another rich tale of struggle, growth and of course, romance.


Feast your eyes on this gorgeous cover! 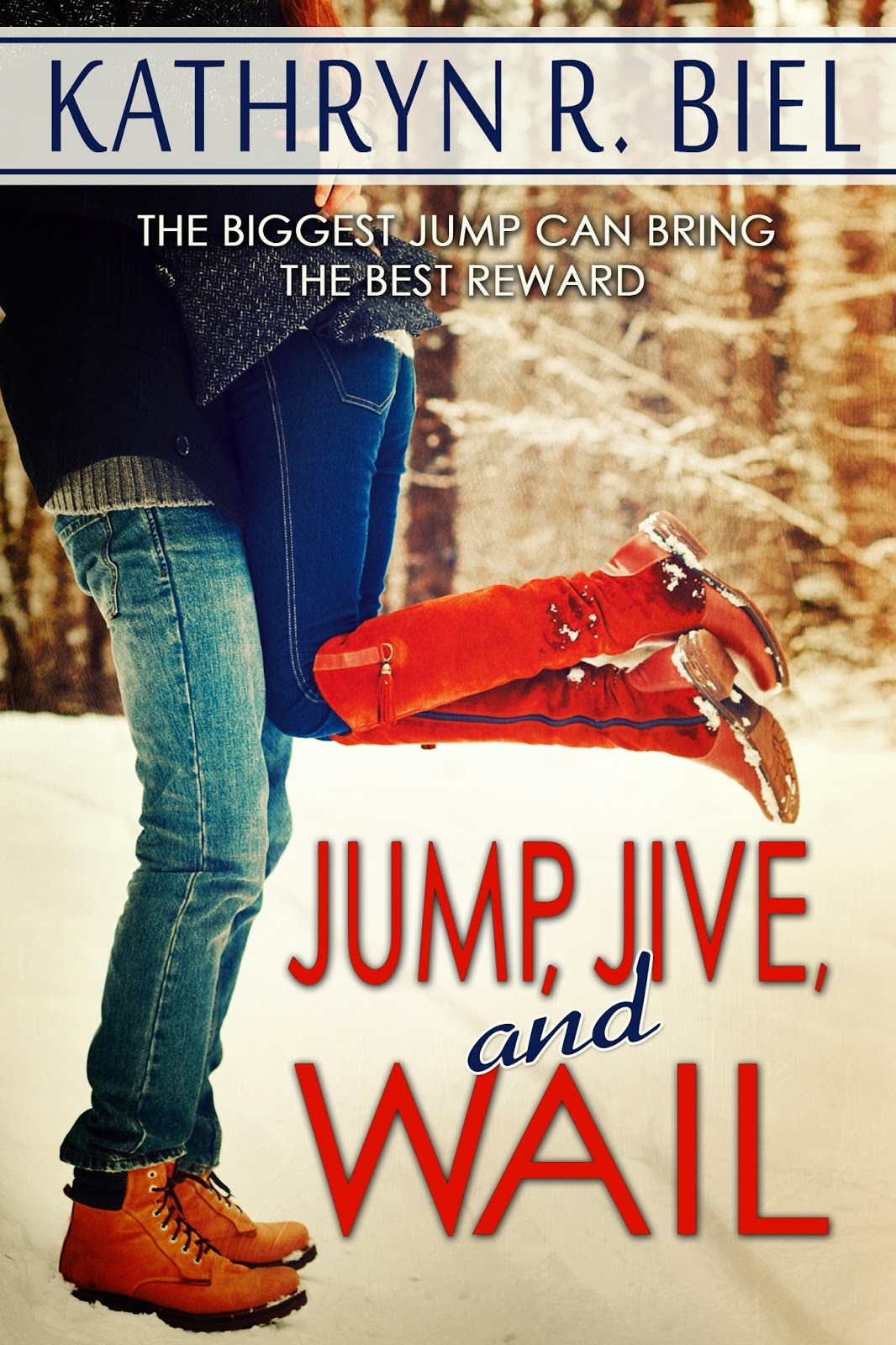 Kaitlin Reynolds is used to fearlessly flying off mountains. But nearly two years after a devastating injury has ended her ski jumping career, Kaitlin is still struggling to put one foot in front of the other and find her new life. A chance meeting with a handsome stranger begins to put life into perspective. Dashing figure skater, Declan McLoughlin has just returned from the Olympics amid a swirl of publicity and fan fare. Just as Kaitlin begins to have hope again, her charming savior turns out to represent everything she has lost. If Kaitlin can just let go of the past and take a leap of faith, will she find herself soaring into Declan's arms?

Ready for an excerpt?

Passing through security, I feel like everyone is staring at me. I know, it's probably my overactive imagination, but I swear the security guard took way too much time wanding over my private parts. I know, she probably didn't even see the magazine, but in my mind every female has. I'm glad Natalya isn't here. First, I need the break from her. She drives me up a wall, not that I can let anyone know it. Frankie and my mom are the only people who know that I can't stand her. I don't even think Natalya knows herself. She always gets what she wants and is convinced that every man is in love with her. Probably like I'm convinced that every woman has seen my shirtless body in People magazine. I know that may seem arrogant, but at this point, it's more paranoia than anything else.
Lost in this train of thought and looking around suspiciously for possible fans, I don't see the woman stopped right in front of me. I don't see her, that is, until I'm running into her. Smack into her butt. Full-on pelvic contact. Worse than Miley Cyrus at the VMAs. Reflexively, I grab her hips and pull her into me to prevent her from falling forward. It's a very intimate position, the back of her legs against mine. With my job, it is nothing to handle a woman's body like this. Apparently, she does not share my comfort level as she yells, "Hey!" But this lady, well, she starts pulling and straining just as I start to let her go. She pitches forward, so I do the only nice thing. I grab her and pull her back toward me to counteract her forward momentum.
This causes her to rock back, and her back slams into my chest. She lets out a little groan, and for an instant I want to do the same. Yes, I handle women's bodies all the time. But they're not like this one. This one feels just right. It has curves and some softness. Natalya is skin and bones. I know she has to be, but this—this is what I want to hold onto.

There's even a video trailer! Check this out! 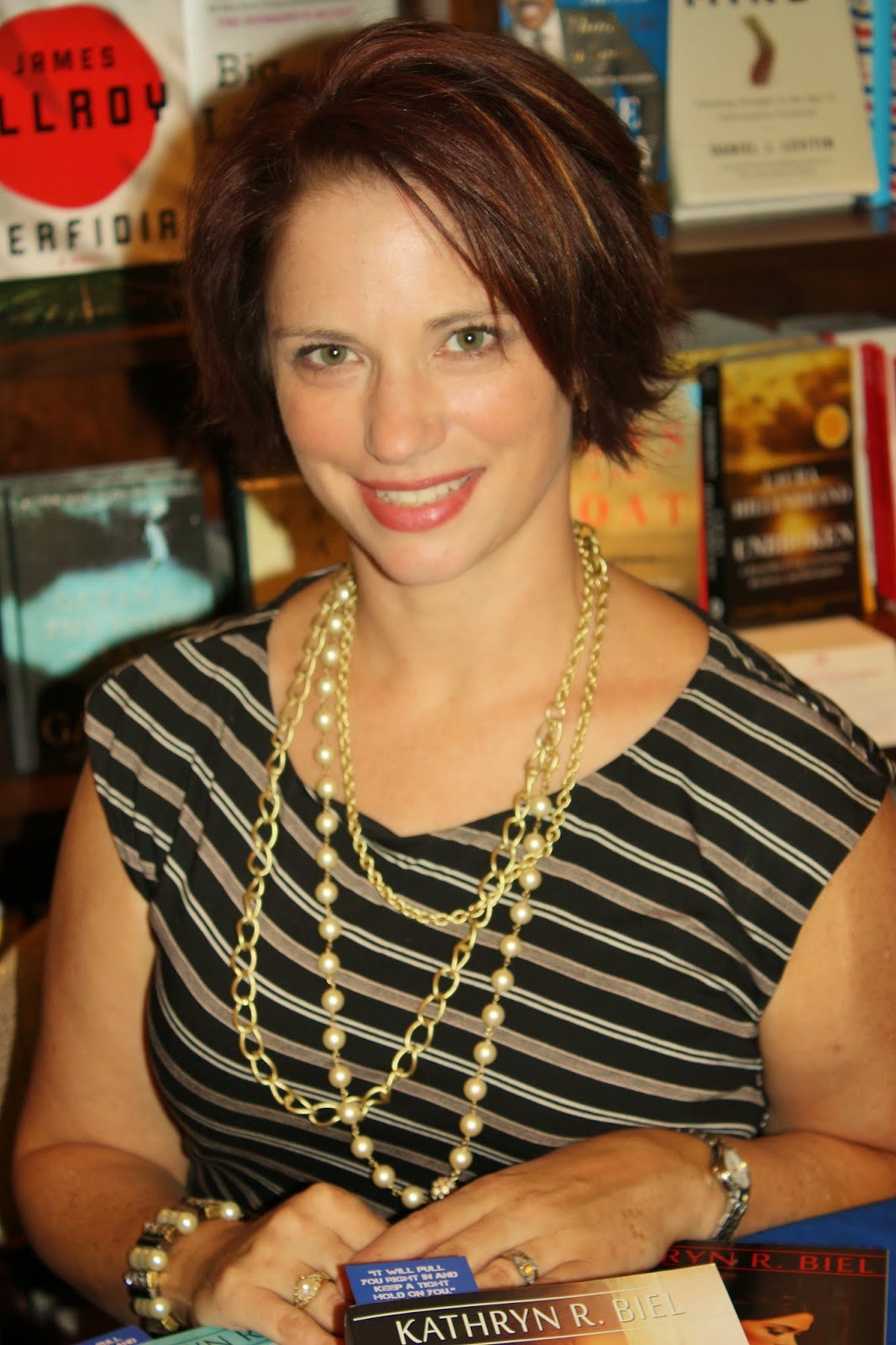 Telling stories of resilient women, Kathryn Biel hails from upstate New York and is a spouse and mother of two wonderful and energetic kids. In between being Chief Home Officer and Director of Child Development of the Biel household, she works as a school-based physical therapist. She attended Boston University and received her Doctorate in Physical Therapy from The Sage Colleges. After years of writing countless letters of medical necessity for wheelchairs, finding increasingly creative ways to encourage the government and insurance companies to fund her clients' needs, and writing entertaining annual Christmas letters, she decided to take a shot at writing the kind of novel that she likes to read. Her musings and rants can be found on her personal blog, Biel Blather. She is the author of Good Intentions (2013), Hold Her Down (2014), I'm Still Here (2014), and the short story, Fly Robin Fly (Part of Cupid on the Loose!: A Valentine's Anthology of Short Stories, 2015).

Are you ready to read Jump, Jive, and Wail? Let's head on over to Amazon!