I have another book to recommend, y'all! The very talented Marissa Stapley has just released her first novel, Mating for Life, which I am most definitely adding to my TBR pile. :) 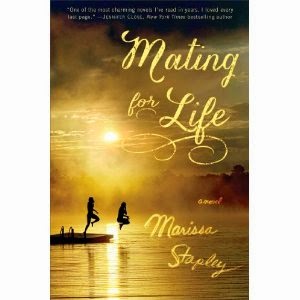 Former folk singer Helen Sear was a feminist wild child who proudly disdained monogamy, raising three daughters—each by a different father—largely on her own. Now in her sixties, Helen has fallen in love with a traditional man who desperately wants to marry her. And while she fears losing him, she’s equally afraid of abandoning everything she’s ever stood for if she goes through with it.Meanwhile, Helen’s youngest daughter, Liane, is in the heady early days of a relationship with her soul mate. But he has an ex-wife and two kids, and her new role as a “step-something” doesn’t come with an instruction manual. Ilsa, an artist, has put her bohemian past behind her and is fervently hoping her second marriage will stick. Yet her world feels like it is slowly shrinking, and her painting is suffering as a result—and she realizes she may need to break free again, even if it means disrupting the lives of her two young children. And then there’s Fiona, the eldest sister, who has worked tirelessly to make her world pristine, yet who still doesn’t feel at peace. When she discovers her husband has been harboring a huge secret, Fiona loses her tenuous grip on happiness and is forced to face some truths about herself that she’d rather keep buried.Interweaving the alternating perspectives of Helen, her daughters, and the women surrounding them, “each new chapter brings a wise and tender look at single life, dating rituals, and marital unease” (New York Times bestselling author Jennifer Close). In this “absolute feat of storytelling” (bestselling author Grace O'Connell), Marissa Stapley celebrates the many roles modern women play, and shows that even though happy endings aren’t one-size-fits-all, some loves really can last for life.

Unlike other turtles, the common snapping turtle cannot hide in its shell because its body is too big. These turtles snap as a defense mechanism, but aren't actually vicious. However, perhaps because of the misconception of aggression, snapping turtles are often targeted, and are endangered in North America. When mating, snapping turtles sometimes engage in an elaborate dancelike ritual in the water that involves eye contact but no touching. Snapping turtles have no defined mating season: they court and mate only when conditions are exactly right.

When Liane swam into the snapping turtle, she screamed. He didn't bite her, but clearly he wanted to. Then he was gone, dipping first his head and then his shell underwater. (She didn't know he was a he, but she assumed; there was something placidly male in his glare.)

She sensed the turtle was still there, somewhere below. She turned to float on her back, hearing her mother's voice in her memory as she did. "If you ever feel scared, don't panic. You'll drown," Helen had instructed from the edge of the floating dock while Liane paddled below. Liane's eldest sister, Fiona, had already been front-crawling to the middle of the lake, where Helen had placed a DIVER DOWN sign. Ilsa had been lying on the floating dock, too, but then she rolled off and swam, dolphinlike, toward Liane, grabbing her sister's ankle from beneath the waves. Liane had shouted and flailed. "Exactly! Thank you, Ilsa. That's a perfect example of what you don't do. Back float instead." Liane remembered her mother's red suit, brown skin, blond hair, and the way she talked to them as though they were already grown-ups. The swimming lessons were the one thing Helen insisted on during summers that spiraled out slowly, like the pucks of Bubble Tape gum they would buy at the marina for $1.25. The girls didn't even have to unpack their bags if they didn't want to. They were never asked to make their beds.

Now Liane looked up at the clouds and tried to fill her belly with air. But her breath was too shallow and she had to kick. Panic soon forced her to flip to her front and start to swim, fast, for the floating dock.

She wanted to go home, and it had only been one day. Her plan: to swim and eat salads (mostly because she hated to cook, or couldn't cook; it was a chicken/egg situation she didn't care to analyze) and work on the final pages of her thesis. By the end of the week, when Liane's mother and sisters arrived for their annual early summer cottage weekend, she would have finished it. Then Adam would stop asking her when she was going to finish it and she would stop feeling guilty for not responding in a more appropriately proactive way to his father's offer of a job on the faculty at the university, as a teaching assistant, pending her thesis defense.

The other part of her plan, and one she hadn't told any- one about, involved the hope that by coming here alone, by treating this as a regular cottage and normal lake-and not the site of one of her life's greatest tragedies-she could erase the past and turn herself into a normal person. The kind of person Adam wanted her to be. The kind of person she didn't think she could be but knew she should at least try to be.

Liane ducked her head underwater-eyes closed, testing herself-and resurfaced with a gasp. In addition to the big fears, her week-alone-at-the-cottage plan hadn't accounted for her many small fears. (Turtles. Seaweed. Algae. Other things too embarrassing to mention. Like ants. Beetles. Walking into cobwebs.) All of these things seemed more frightening without company. (Currently: she could still sense the turtle near, perhaps now waiting at the base of the ladder to bite one of her toes.)

She went down again, and this time kept her eyes open. Then she surfaced, blinked the water from her eyes, and saw movement to her left. The turn of a page. There was a man sitting at the end of the dock at the cottage next door-it had been the Castersen place, but the Castersens had sold it, or were renting it out, or something. Liane couldn't remember but knew Helen had explained it last year when the new dock had appeared and, next, a pair of kayaks had replaced the motorized pontoon boat Mr. Castersen had once called his "Party Boat."

The unfamiliar man sitting on the dock reading looked up and Liane looked down, focusing again on her path through the water. But she should have waved. She was in cottage country. In cottage country, you were supposed to wave (even if you were swimming) and mouth, Hello, to people (regardless of whether you knew them). But she was too embarrassed. He had probably heard her screaming about the turtle. He had probably seen the awkward way she'd jumped off the dock, plugging her nose and splaying her legs. And either way, it was now too late because the man-who had copper-blond hair and a matching shadow of a beard-was reading his book again. She kept swimming and looked away from him, but looking away meant she had to look at the shed, so she closed her eyes and ducked under again.

(Excerpt from Mating for Life by Marissa Stapley, Copyright 2014.)

And now for a bit about Marissa from the woman herself! 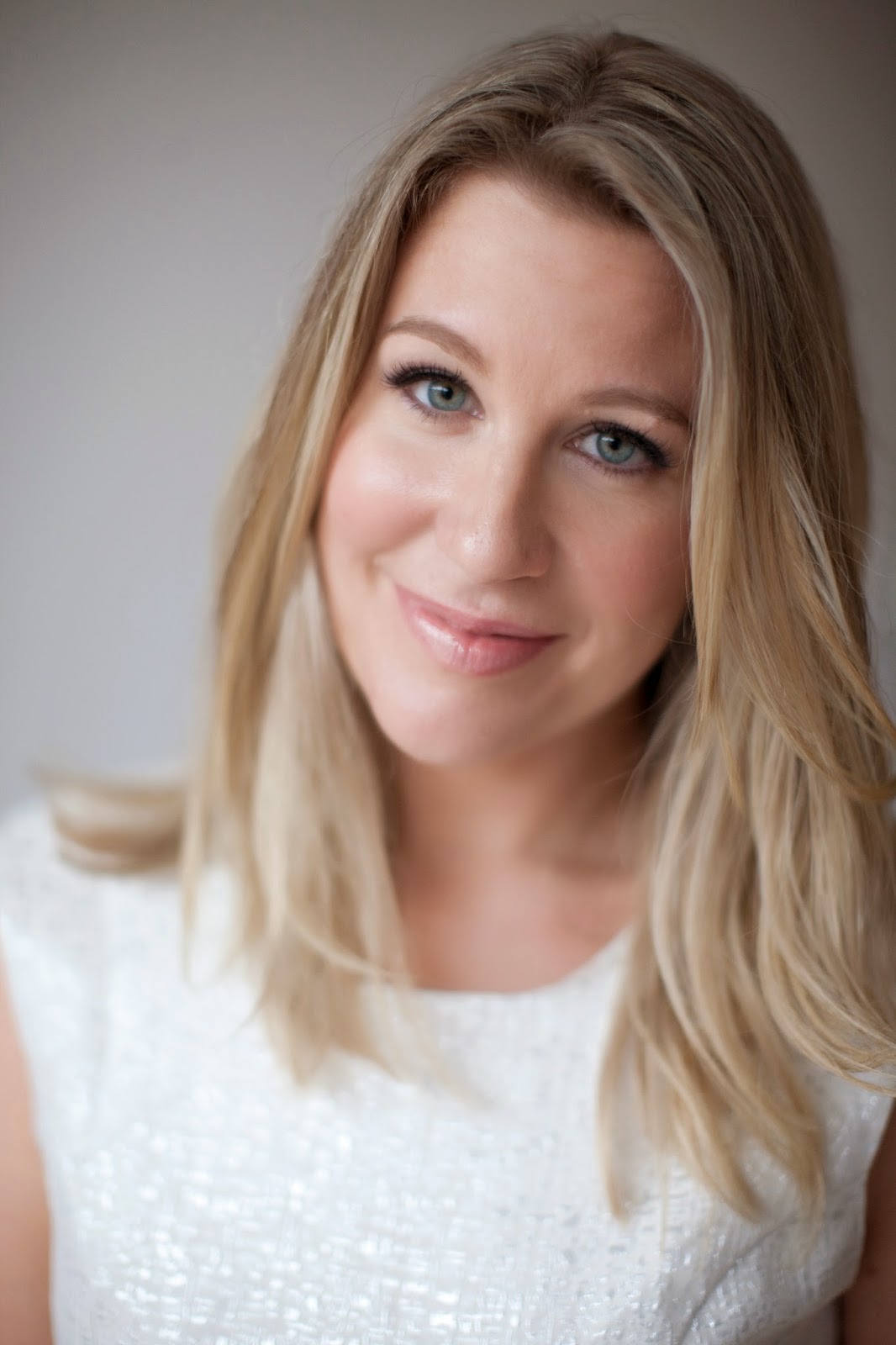 I'm a National Magazine Award nominated writer and former magazine editor whose work has appeared in the Globe and Mail, National Post, Elle Canada, and many others. Mating for Life (Atria Books; Simon & Schuster Canada) is my first novel. When I'm not writing, I'm reading. (In fact, I never go anywhere without a book. Except maybe swimming.) Some of my favourite authors are Meg Wolitzer, Julia Glass, Alice Munro, John Irving, Lauren Groff, Margaret Atwood and James Salter. I live in Toronto with my husband and two children, where I teach writing, and am working on another novel.

Interested in checking out this awesome book? I thought you might be. :)
Posted by Unknown at 9:33 PM