Down on Love Blog Tour Stop: The Fabulous Jayne Denker 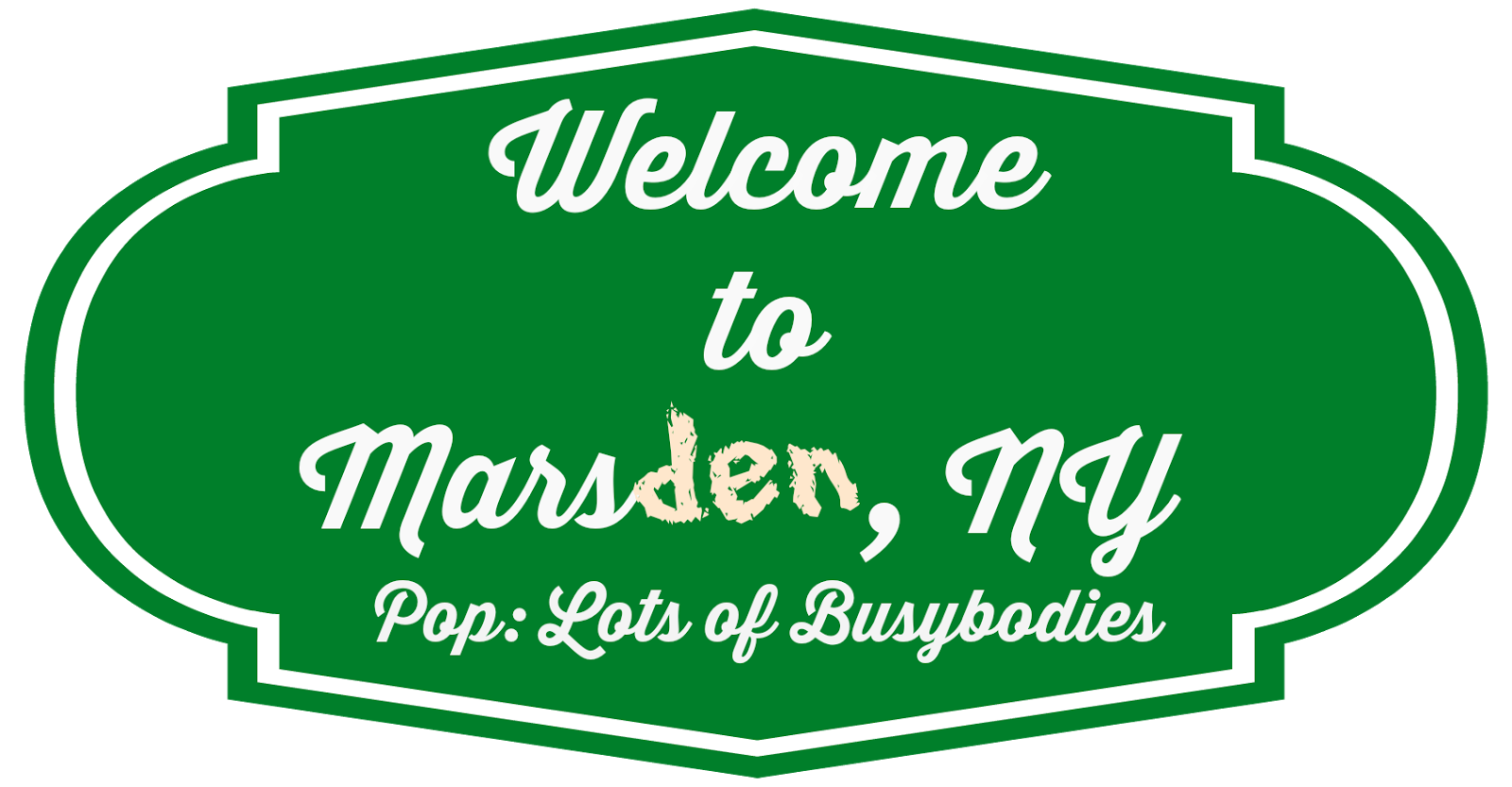 Greetings, y'all! I have a real treat for you today. My good friend, Jayne Denker, has stopped by for a chat about her fabulous book, Down on Love. It is the first book in her Marsden series, a collection of books based in a delightful town in the Catskills which is full of, well, busybodies. (Please reference the above signage.)

I thoroughly enjoyed Down on Love and am now addicted to the series. Ms. Denker's books are bursting with charm, wit and sincerity, just like Ms. Denker herself. Are you ready to meet her?

Tour of Marsden, Day 6
There’s More to the Catskills Than Dirty Dancing

Hey there! Happy Monday! ...What, no love for the beginning of the week? But we’re not toiling away in the workplace—we’re on a tour bus in the Catskill Mountains, heading for the fictional town of Marsden, NY, where my small-town rom com series takes place!

Don’t know much about the Catskills? Well, I can help you out there. I’m a native (western) New Yorker and have spent most of my life north of New York City and west of the Hudson. I was born in Rochester, I’ve lived in the Finger Lakes and downstate near the Pennsylvania border, and I went to college in the Catskills.

And I can tell you that there’s nothing more beautiful than an autumn afternoon in that weathered mountain range in the middle of New York State.

How about some Catskills trivia?

·         The Catskills Mountains are 100 miles north of New York City and the region extends from Albany in the east, down the Hudson River, and westward into what’s known as the Leatherstocking Region. It’s made up of 6,000 square miles, six counties, nearly 100 mountain peaks, and 700,000 acres of parkland (nearly half of which is designated as forever wild).

·         The name has nothing to do with killing cats. In Dutch, “kill” means creek, so it was known as Cat Creek, possibly because of the mountain lions in the area at the time the Dutch explored it (1600s).

·         The Woodstock music festival took place in the Catskill town of Bethel (no, not Woodstock, NY, but that’s a famous artists’ colony).

·         New York City gets nearly half its water supply from the region.

·         In the mid-20th century, part of the Catskills was famously known as the Borscht Belt, an area filled with resorts and “summer camps” that hosted families from New York City all season.

·         Movies set in the Catskills: Dirty Dancing (of course!), A Walk on the Moon (mmm...Viggo Mortenson...), Woodstock (double of course!), Manny & Lo, and the documentary Stagedoor, just to name a few. Scenes from Tootsie were shot there, and several movies like You Can Count on Me were set there but not filmed there.

Most important of all (koff): my Marsden series is set in the Catskills! Although you won’t find Marsden on any map, there’s a little bit of other towns in it...and a whole lot of the Catskill vibe.

Here’s an excerpt that’ll give you a feel for the place; it’s when our heroine, Georgiana (George) Down, comes back to town after being away for years:

They crossed a side street, and George did a double take at the sight of a picture of a garden spray-painted on a brick wall. She glanced at Casey with a smile. “Banksy crossed the Atlantic when nobody was looking?”

“What, the street art? Local version. We call him Marsdy.”

“Nobody knows—haven’t caught anybody in the act yet. And that’s some feat.”

“Keeping a secret around here? You’re not kidding.” They hurried past a mime on the corner, avoiding catching the person’s eye so they didn’t have to stop and watch the invisible box thing. “When did you move back? Sera didn’t tell me—well, why would she, you know? But I didn’t—I mean . . .”

“It’ll be two years in October.”

“I’ve been keeping a low profile.”

“‘Working hard on the farm?’” It seemed like everything came back to that.

“Well, aren’t you wired—” Casey paused as a cell phone chirped. “Yours?”

George stopped walking and pulled her phone out of her pocket. “Nope. You?”

Casey was checking his. “Not me.”

They stowed their phones and started walking again, but their path seemed to be blocked more frequently, and by individuals who were looking at them rather intently.

George whispered, “Do I have spinach in my teeth?”

“When was the last time you ate spinach?”

“When was the last time you brushed your teeth? And please don’t say two thousand ten.”

“Are you getting the feeling we’re missing something?”

Casey looked grim, but he said, “It’s nothing. Come on, we’re here.”

The hardware store looked exactly the same as it always had—clapboard front, two plate-glass windows, swinging sign overhead reading “Smithson’s Hardware” even though Tony Smithson, the previous owner and proprietor, had died twenty-five years ago. Because it was June, the window display featured a wheelbarrow, a Garden Weasel, bags of fertilizer, a small stretch of picket fence, and a carpet of fake grass. Just like every year. If you’d just woken up from a coma and didn’t have a calendar handy, you could tell what month it was by checking the hardware store’s window display.

Inside, it was as though time had stood still. The dark wooden shelves were still twenty feet tall (it seemed), the lights high and dim, the farthest recesses dark and dusty, the bins of odds and ends and bits of metal parts, screws, nails, washers, and clamps organized in such a way that only the employees could find anything. Probably, George thought, to ensure job security. You couldn’t fire any of the old fossils who’d manned the counter for decades; if you did, nobody would be able to locate anything they needed.

And sure enough, there were the three of them right now, in various states of apronage, two older gents with eyeglasses flashing, reflecting the lights overhead, the third a bit younger, with more hair and less stomach—the next generation, a future fossil. They all watched Casey and George walk in and raised their hands in greeting.

“Welcome home, George,” the senior fossil said, as George, still refusing Casey’s help with the stroller, worked hard to navigate it around cardboard displays and bins of stuff on sale. “Heard you were coming in.”

He waggled a cell phone at her. “Missy called.”

“Of course she did.”

“Help you with the plumbing fixtures?”

Apparently Mrs. Preston had been listening to their excuses—and had filled in the hardware store crew so they’d be prepared. But Casey didn’t break his stride, just waved over his shoulder. “We’re good, Henry. But thanks.”

George followed, pushing the stroller between the tall shelves, the aged floorboards creaking under her feet, to a far corner where a few faucet sets were on display.

She wrinkled her nose as she examined their options. “Home Depot has, like, fifty different kitchen faucets to choose from. Maybe we should—”

Casey shushed her. “Do you want to get run out of town on a rail? Do not speak a big box name within the town limits! Now get over here and pick one, city girl.”

“They all look the same.”

“Then it’ll be easier to choose.”

George made a face at him and pointed at the middle set. “That one, I guess.”

“If your sister doesn’t approve, it’ll be on your head.”

As they approached the counter with the faucet and some other plumbing-related items Casey had grabbed along the way, he ventured, “So how did you end up offering to be Amelia’s nanny, anyway?”

“Didn’t, did she?” senior fossil Henry said as he rang up their purchase. “Sera called and begged.”

“No, she didn’t,” argued the junior fossil—Pete, if George remembered correctly—as he bagged each item after Henry rang it up. “I heard she blackmailed George, threatened to reveal some ancient family secret. She couldn’t refuse after that.”

“So you know what I’m saying,” junior fossil Pete said with a pointed look at her, as though he shared her secret.

“Why don’t you set these geezers straight, George?” Mike, the future fossil, suggested, resting his elbows on the counter and giving her a wink. “Otherwise they’ll be arguing about it for days.”

“Well, that’ll give them something to talk about besides the weather, won’t it, Mike?”

And George smiled politely before turning her attention to getting Amelia’s stroller back out the door.

“What’re you grinning at?” she snapped at Casey as he held the door open for her, although she couldn’t hide her amusement either.

He grasped the front of the stroller to help ease it over the threshold. “You.”

“Everybody keeps saying that.” She stopped short as Casey studied her. “What?”

“Just trying to figure out what the recent version of Goose is like, that’s all.”

If this bus isn’t traveling to the Catskills fast enough for you, grab Down on Love, on sale for only 99 cents, all e-formats, all month long, and dive right in! You might just fall in love with the place.

Now that you have experienced her charm first hand, here is the lowdown on the fabulous Ms. Denker's first Marsden novel, Down on Love. 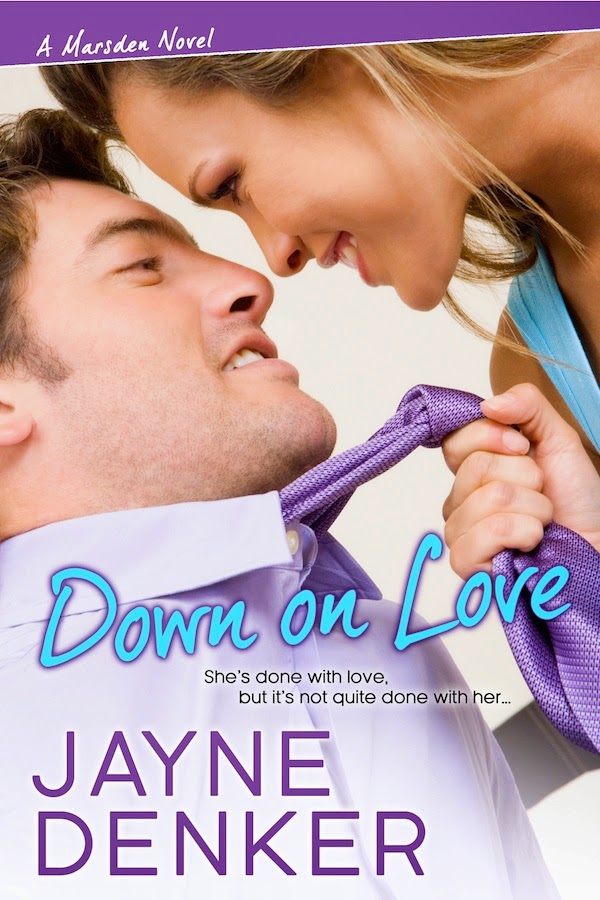 When it comes to love, she's a professional skeptic. Is it too late for a career change?


If there's one thing Georgiana Down is an expert in, it's bad relationships. That's what inspired her blog, Down on Love, where she gives snarky advice--usually along the lines of "dump him." In fact, George is abstaining from men all together. At least that's the plan--until she makes a trip back to her tiny hometown in the Catskills, where meddling is an art form. . .

George loves helping out with her new baby niece, but she's counting the days until she returns to Boston. Then she runs into Casey Bowen, her high school crush. The boy she once loved is now a handsome grown man--and suddenly George needs a little advice of her own. She's in the right place, because when she drunk posts on her blog, everyone in Marsden has something to say about George and Casey. It's like high school all over again--but maybe this time she'll get things right. . .

Ready to buy it? I know you are! Here are your options: 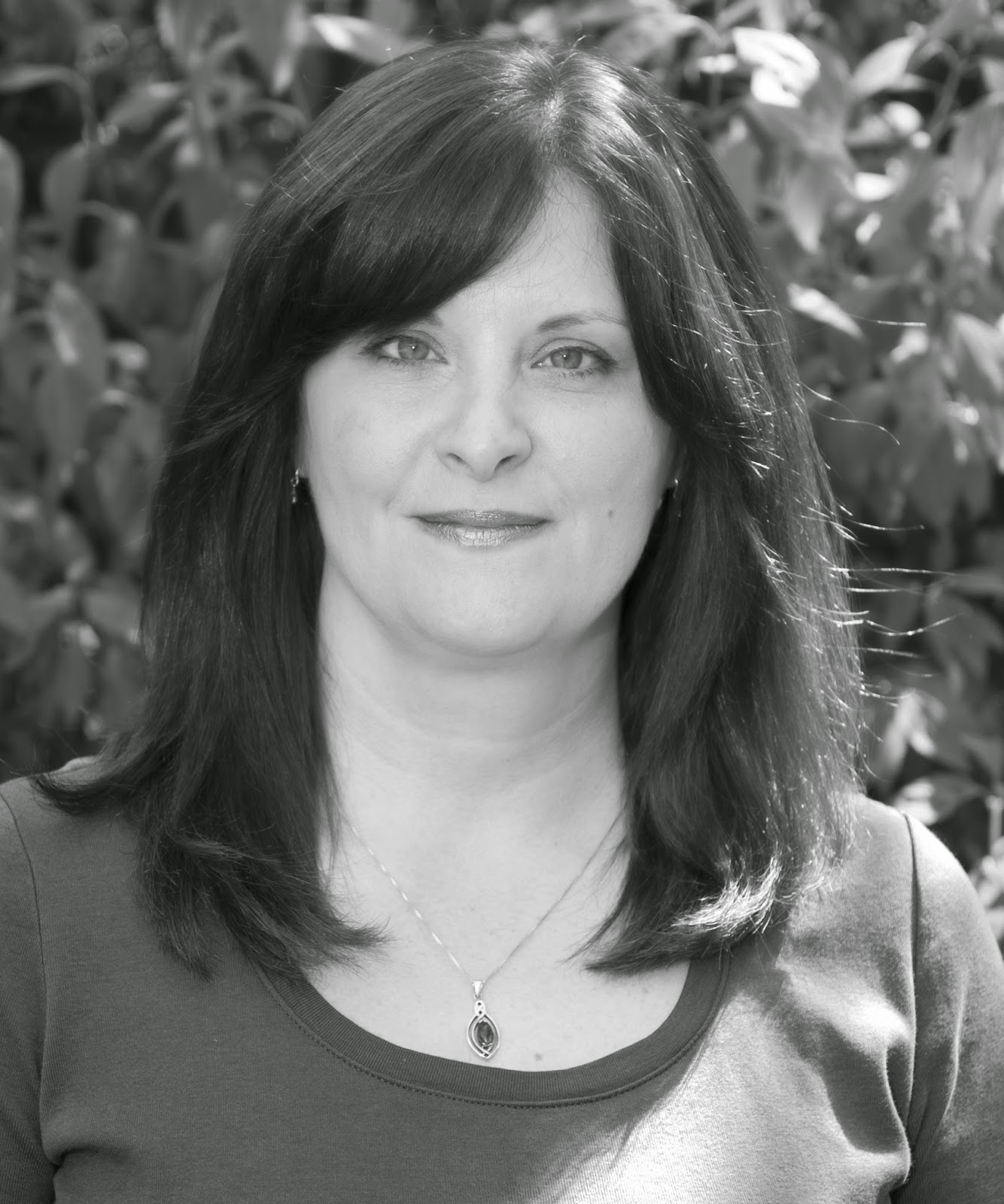 Jayne Denker divides her time between working hard to bring the funny in her romantic comedies and raising a young son who's way too clever for his own good. She lives in a small village in western New York that is in no way, shape, or form related to the small village in her Marsden novels Down on Love and Picture This. When she's not hard at work on another novel, the social media addict can usually be found frittering away startling amounts of time on Facebook (Jayne Denker Author) and Twitter (@JDenkerAuthor). She’d like to say she updates her Web site, http://jaynedenker.com, quite often, but most of the time when it crosses her mind, she shouts “Can’t you see I’m writing?!” and puts it off till another day.